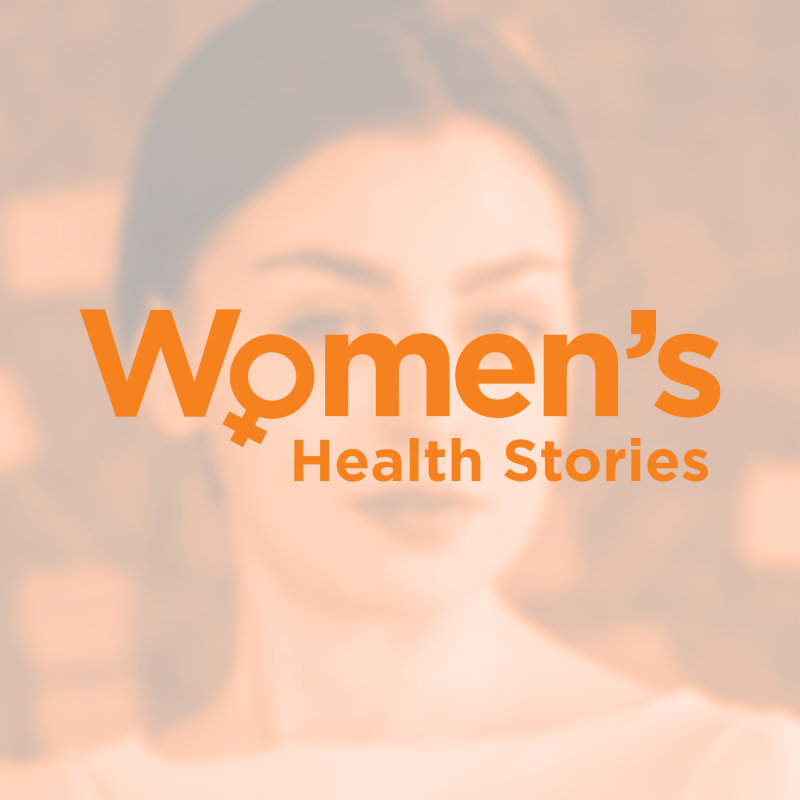 Jamie-Lee is a woman in her 30s living in rural northern Alberta. Jaime-Lee details her experience living with endometriosis including the challenges she faced receiving a diagnosis, the feeling of not being heard by her health care providers, and the impact endometriosis has on her quality of life and ability to work.

My endo story started probably 8 years ago. I was in excruciating pain all the time, it felt like I was being stabbed in the cervix, I had painful periods, I was tired all the time, and I experienced unexplained irregular bloating. In 2018, I underwent a Loop electrosurgical excision procedure (LEEP) to remove irregular cells.

I managed my symptoms by taking a lot of Advil – probably too much – 800-1000mg up to 3 times a day. I also used heating pads, baths and a hot tub. I didn’t know or connect with anyone dealing with the same the symptoms.

Believing my family doctor would be the right person to talk to about my symptoms, I made an appointment. I wasn’t too worried about the visit and how I would share my symptoms. I had been through the LEEP and thought I would be able to just go in and tell the doctor what was happening, that I needed help and I would be given options. I told him what I was experiencing and he said, “Well how do you know it’s your cervix? there’s lots of body parts close to there”. My previous experiences with my family doctor led me to believe that he wouldn’t be that helpful, but I thought that at least he would point me in the direction of someone else that could explain my symptoms. It turns out I was wrong. I explained to my doctor that I knew where my cervix was and it hurt, plus I had examined myself and it was painful and hurting where I touched.

I felt as though my doctor had zero interest in helping me, so I asked to be referred to a gynecologist. His response was, “No, you can’t have one”. I asked him why and said I thought it was my right as a woman. He said “No, only if you are having a baby”. I was shocked at his response. I felt ignored, he kept saying what I was describing was normal and just part and parcel of menstrual problems. I wasn’t examined or given any options; I tried to ask a few questions but he just dismissed them, I wasn’t given any information to take away and read. I wasn’t referred to anyone else. I left the appointment feeling shocked – it was as though he didn’t care.

Over the next two years, the pain continued and I kept going back to the same doctor describing my pain and other symptoms, he kept saying that it was nothing, that I was fine. I couldn’t change doctors as they are few and far between and not accepting patients in the town I live.

About two and half years later- and out of the blue – I got a call from the local obstetrics/gynaecologist. Apparently, my doctor at some point did refer me but did not tell me. Had he shared with me that he had referred me it would have given me some glimmer of hope. I waited about 8 months for the appointment and prepared by tracking my pain & symptoms so that I could share when I met the specialist.

After my appointment with the specialist, he said he thought my symptoms might be endometriosis and offered to do an exploratory laparoscopy to which I agreed. Following the procedure, more than 6 months later, I was told everything looked fine. However, I was left with a 3-inch incision, everyone who saw the scar was super surprised by the length of the scar considering it was a laparoscopy.

The pain returned and got progressively worse over the next couple years. I was in so much pain, having problems sitting for long periods of time, in tears all the time, and my symptoms started to interfere with my ability to work – I drive for a living on oil field sites.

I had been prescribed pain medications, but I am sensitive to strong pain medication. I was unable to take them even after work because they would build up in my system and make me sleepy during work, and obviously as a driver this was dangerous. Also, working on oil field sites meant that I was regularly tested for drugs – taking the pain medications and getting a positive test was not worth it if I wanted and needed to work.

My pain and other symptoms persisted, and I continued to keep track of when the pain occurred, the events surrounding the onset of pain, and also the effects the pain medication were having on me. I also continued to Google search endometriosis and joined a Facebook support group.

I was delighted after a few months to get a call from Dr. Unger’s office scheduling me for an appointment. I attended the appointment, he looked at my scars from the exploratory laparoscopy and was shocked at the unruly long scar I have – considering the previous doctor did not remove anything from me – and also the placement of the scars. He was unsure what exactly the previous doctor did and why it could have been done in such a manner.

Dr. Unger was very informative, explained that another laparoscopy would be the next step, and talked me through the procedure. I agreed to another exploratory laparoscopy. When I met with Dr. Unger to receive my results from the procedure, he shared that he was even more confused about how and why the previous doctor didn’t see anything, because he should have. I had stage 2 endometriosis. I was also diagnosed with a tight pelvic floor, which was causing all the pain when sitting.

I was a bus/truck driver, I ride motorcycles, quads, and am an avid hunter and angler, which sometimes involves a lot of sitting. I also live fairly remotely (4 hours from the nearest city, where all the specialists are). This affects my life in ways you can not imagine; I was at a point where I could not sit for more then 20 minutes (if I was lucky) without being in full blown tears – to this day, I still can not sit on my couch as the back is on to much of a lean. I live my life on the floor, on a yoga mat, stretching and switching up sitting on one butt cheek to the other to prevent pressure on the pelvic floor. I did manage to get referred to a pelvic floor physiotherapist, and pelvic floor therapy is helping with this. The pelvic floor pain has forced me to stop working, with no financial government support, as I don’t fit the criteria for any. I am still trying to figure out if I qualify for some kind of financial support. I work on stretching out my pelvic floor everyday and living with endometriosis is forcing me to switch careers as I have decided driving is just not worth it.

My endometriosis pain was under control with medication, and for the last two years I felt better. It has been a bit of a double-edged sword though because the medication I am taking (Visanne, estrogel, and a low testosterone compound) is stopping my estrogen and testosterone production so to avoid other complications I have to topically apply both. Unfortunately, in the last few months my pain has started to return. I have a referral to another endometriosis specialist in Edmonton and I am waiting for a response. Dr. Unger is retiring.

I am sharing my story because for many years I was let down by medical professionals that I believed were supposed to help me. I will be forever grateful to Dr. Unger. If I hadn’t gone to my family doctor repeatedly asking for help, I think I would have been in excruciating and debilitating pain, and probably addicted to pain killers.